A rush at the ENA entrance 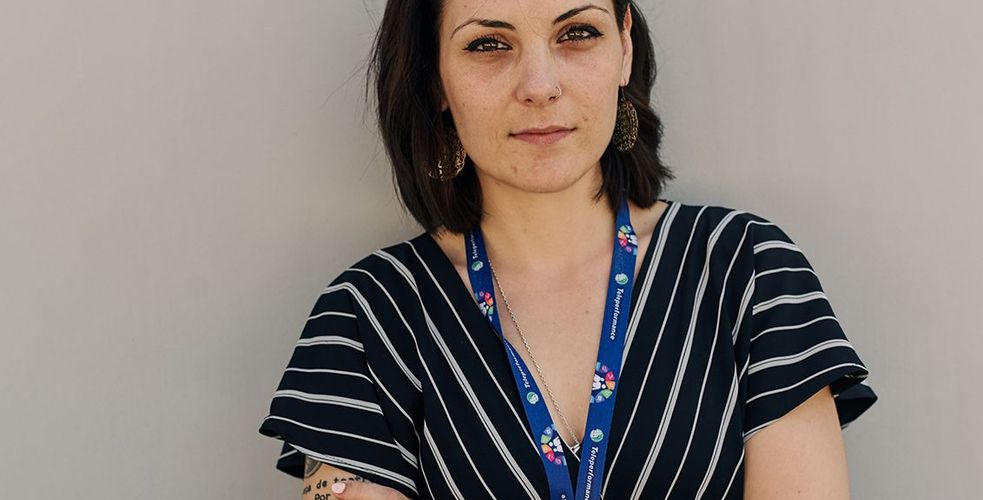 Visiting ENA, the Teleperformance hub in Athens, where Yannis has dreamed and created the Agora of customer experience.

We recognize leaders by their actions, writings, powerful, sometimes unusual, speeches. Discovering and spending time at ENA change the visitor and require two clarifications and two statements. ENA is located in a capital that has marked history. It is a sort of campus where we see to conversation and refreshing iced coffees. Yannis Tourcomanis is at the same time the creator and the head of this unique university. An other executive from the company, French, visits regularly the campus: Éric Dupuy.
Yannis has to open new areas for restaurant and hire plenty of “disciples” because of the international success. Sometimes, Eric has to have willing visitors wait or suggest them other campus when it seems more suitable to their expectations or their budget.

An international campus for multilingual operations : selective admission based on application file

An other way to say it, like Plato and Socrates: Teleperformance has not become number 1 by accident. Forty years after its creation, the company might still be at the top to be able to create and give life to what we saw and heard in Athens: a true Agora in the call center kingdom.

In the ancient Greek city, the Agora was the place where the citizens would gather, it became the center of political, economical and spiritual life of the city, around which the public buildings were lined up. The ENA surface area of 18 000 square meters is not allusion to Socrates or the Gorgias. It is mainly a will to gather, in one place, everything necessary to fulfill the customers of the biggest international companies. Éric Dupuy, Sales and Marketing manager of Emea at Teleperformance, knows precisely the kind of person this campus is addressed to and what justified every details during its construction: “The biggest international champions of the new economy, automobile, video game, are experts in measures concerning customer service, they want to suggest unique and smooth customer experiences in the world; only those that they slowly perfected and built. In Athens, ENA was conceived to enable the treatment of multilingual operations with a level of details perfectly handled.  There, we gathered agents, who have been hired and selected in every European countries. In addition to their native language, they speak perfect English. We make sure to put them in the best conditions so they are happy and don’t have any worries concerning their expatriation. Therefore, an ambitious program, followed and managed by the Human Resources teams, is given to the candidates chosen after selective tests. It includes every ingredients needed to support the move and the integration : plane tickets are taken care of, as well as the first stay in the hotel, activities and holiday camps for children are organized to make the move in the capital easier. This is a measure worthy of what it is usually suggested to the expatriates in other companies”.

“Beforehand, every agents and managers have had a previous solid professionnal experience. They clearly integrate the company to live a new experience in a multicultural and international setting. We want to take care of anything that can cause worries to their establishment”, reveals George A., manager of one of the locations. Greece and its climate provide the rest : Maria Azevedo, a thirty year old portuguese, previously District Manager at Starbucks, has worked in more that 5 countries such as the Netherlands, the United Kingdom or her native country, Portugal. What was she looking for? The sun and a peaceful city with open-minded people and where she thinks about settling in the long-term. “It is a bit of Portugal”, she says. The importance of service, the culture of the customer satisfaction, the difficulty to manage and motivate teams, Maria knew already all that and she is not scared of the required quality standards. From now on, after seeing the world, the graduate in Financial business dreams of some peacefulness and wants to discover something she has yet never known: the profusion of a campus truly international. She also wants to protect and have a lifestyle where she can do more than just survive. Like her, quantity of ENA employes have moved here because of what they heard about the company: the conditions included and the real opportunity to live among nearly 100 cultures. Dutch or other nationalities, like Maria, has come to discover this unique melting pot.

Numbers are dizzying but they also show the level of bet that the creation of ENA has represented. As soon as the security gates are passed, the visiteur enter in a small, but real, community that reminds either an American university such as Berkeley, or a monastery. The sun shines through the main path, quickly crossed by two people whose faces and clothes show their origins. They talk, quietly seated at a shady table, or on the balcony of one of the 6 buildings of the campus. At ENA, 36 languages are spoken by agents of 91 nationalities. Only a badge show the affiliation to the campus. Every building has a name of a continent and at the bottom we can find a restaurant of culinary speciality. Inevitably, English prevails in lively conversations.

We found the first page of a Socratic writing

The writing begins with a sentence that intrigues: every interaction matters.

One day, David, a family member, asked me: “Why do people, who spend their life talking and having conversations for 8 hours a day, grab their phone as soon as they have break to begin more conversations? Or, if this is not the case, they go to a coffee shop to talk about their day ?”

Philosophy was born in Greece. What would Socrates have answered to this question? On the road from the old Athens to the Piraeus port, we didn’t find the answer. It was predictable and it is okay. Let me tell you why:
• Even if it did exist, the philosophers of the customer experience would not have written or handed it over. At Teleperformance, the only books that matter are the procedures manuals. They list life principles that are formalized only after they have proven their efficiency. What we learned and noticed, for 40 years, from the international leader stand in one sentence: “Each interaction matters”. If people, who are in charge of these contacts all day, like talking to each other in front of a iced coffee, what is the point to understand the reason of these conversations? Is it not more useful to organize and keep this setting?
• How can we implement daily, in a lasting and rentable way, these principles? Especially, those principles cannot be learned only in books but require also a long practice called outsourcing.
• A long time ago, Plato, disciple of Socrates, gave his opinion on a significant question. The book of his dialogues is called The Banquet. What is happening at a table and at the coffee shop is not trivial on love or loyalty, themes of his work. Let’s not forget that customer experience is only an other attempt to retain customers.

Above all, Socrates is a major figure but he didn’t leave any writings.