Inside the call centers: how the calls reflect the news 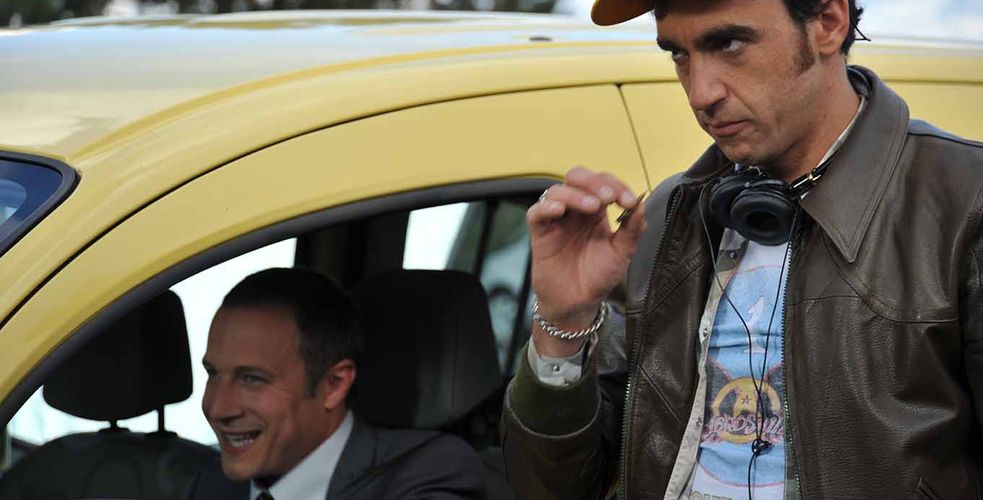 It is the story of a customer who wants to cancel a SEPA direct debit, to know why his Uber or VTC is not on time where he should be (ETA*), to reschedule a delivery.

15 hours or so before a famous consulting firm (E/Y) releases a new sector study about the future of call centers**, one of the insiders*** of this incredible industry tells us why call centers will not disappear, why the world trade boss, next to Jeff Bezos, might be a French living in Florida and why jails may be the future of helplines. Most of all, we need to hear why the calls are made, for they are true reflections of people’s life and preoccupations.

En-Contact: Why use the story of an insured who wishes to cancel a SEPA direct debit?
Manuel Jacquinet: To be precise, it is because recently a lot of calls are being made in Europe to call centers, those of banks or insurance firms, about SEPA direct debits. Call centers are the world’s backstage in which we live: you can hear everything, and even sometimes, incredible things. The ladies of the telephone, dear to Proust, had for role to get you in contact with your interlocutor, however, today, we call to fix our internet modem, to know why the heck the delivery man is not here or because there has been a direct debit on our bank account that we cannot explain. Since the new legislation regarding the SEPA direct debits, thousands of customers or insured have unexplained fees debited and thus look for an information: what is this direct debit for? Here is an example of new situations which trigger new types of calls (made to contact centers) or of comments on forums, in order to get an answer. Just so you know, 270 billions of calls are handled every year by call centers, and that is just for the American companies. In France, according to the numbers of this new study, 84% of contacts are still made vocally.
Our magazine has been dedicated to this industry for over 17 years now, as we observe, for our subscribers and customers, global tendencies, and as well the reasons why these calls are made. It is an excellent indicator of what goes on in the world and of the main preoccupations.

Really?
Teleperformance, the call centers’ world leader, exchange every year with 38% of the earth’s population. To be more accurate, we should say that its 230 000 agents have, every year, more than 3,5 billions of interactions with the customers of its customers. Long before Amazon’s Alexa or Google Home, the planet’s ears were in part found in call centers. The NSA could be jealous…(laughs)

All this data, it can be scary…
In fact, that is exactly the challenge, to secure this data, but also to listen to what is being said, so we can act, assist people, the users, in all domains, and to prepare to what might happen or to know how to react if it already happened.

Do you have an example?
When it is really cold, as it has been recently, a helpline is needed to receive the emergency calls and try to find a warm shelter. To survey people’s opinion before an election, pollsters are needed, maybe even influencers, to convince by telephone, process that has been used by Barack Obama for his election and by Emmanuel Macron for his as well. When a little girl is kidnapped, emergency helplines are seen as very useful. Even at the Vatican (see picture/ Paris Match), the “centralino” counts nine nun operators.

Everywhere, we talk about Amazon, which is said that it will devour everything, and about robots, but according to you, the essential teammate for the global trade boss is probably French and has not yet been bought by Amazon.
I would even say that he work with Jeff Bezos. The latter need delivery men, data scientists, more and more planes to deliver his packages, but facilitators as well for all operations and orders made on the website. To manage the passwords, Prime account openings, order cancelations, etc. Amazon collaborates with a lot of call center societies, most of which are in fact often French: Teleperformance is the global leader and has been creater by a French, Daniel Julien. The third leader, Sitel, is managed by a French trio. The Webhelp society has been founded, her, by a French duo (Olivier Duha and Frédéric Jousset).
All this really resembles the movie Once Upon A Time In America: Noodles is Jeff Bezos, but he needs, by his side, a Maximilian Bercovizc for his business. And he will find him thanks to the limousine’s license plate that follows him: that is the beginning of the big data.

The digital has not killed this industry, but you say its future would probably be in prisons?
It is a little pun, but not a very crazy one: with call centers, the difficulty, as in all services sectors, is to recruit, and train for demanding and binding jobs. You need to work 7 days a week, to manage your time, say precise words…etc. In some countries, such as in Italy or Hungary, experiences have been made to allow inmates to work as agents, hotliners, and thus prepare them for a reconversion. It works very well, but in France, we have not dared to attempt the experience or to extend it. It makes me think of that recent story of the Cocaine call center in Paris and its suburbs. Or even of all these true stories which tell that the inmates will do anything to get a mobile phone. Man is a social animal, the smartphone a companion, customer files as well. (laughs)

The study published tomorrow by E/Y has a title which implies an opposition between the digital and call centers, that the call center agents will evolve into enhanced hotliners, what do you think?
Home shoring, the agents’ well-being, new staff training (amongst which maybe inmates), are key questions. Instead of thinking “enhance hotliners” I think we should enhance the amount of hotliners. Train them more thoroughly, give them the tools to help them focus on the essential. Listen, understand what hides behind a vocal intonation or a silence, rephrase, reassure.

Which tools are you talking about?
In Slumdog Millionaire, Jamal Malik, the hero, serves tea in a call center. The future of this digital economy, I think, is to improve the efficiency and the recruitment or retention of the workers and factory directors which make this digital economy. Amazon calls them “associates”. For instance, those who exploit the data collected, in particular from call centers, and those who will sell, to the directors of call centers, the picks and shovels to dig the black gold that is the data. NICE Systems, a very profitable firm, is unknown from the general public but is however listed on the stock exchange. It is an Israeli firm, which analyses and captures conversations, in order to retrieve indications from them or to train its agents. Allo-Media, French firm, has recently raised 8 million euros to develop its vocal cookie and conquer the American market. Orthodidacte, another French start-up, offers the means to improve one’s spelling and thus to write an email without a single mistake. Holydis lets you manage time organization which reduces the reception or hotline waiting time.

You have added six pictures to fully understand, why?
Karim, Claude Duval, Jamal Malik, all of those who work in call centers are very infamous, invisible. We only know their voices. Their jobs carry a ton of false pictures. The following six photographs will give material to better understand this diverse reality, which is rarely shown. The pictures speak for themselves.
In fact, we are currently working with a famous international media to publish a book about this subject, mainly composed of photographs.