You cannot fake it 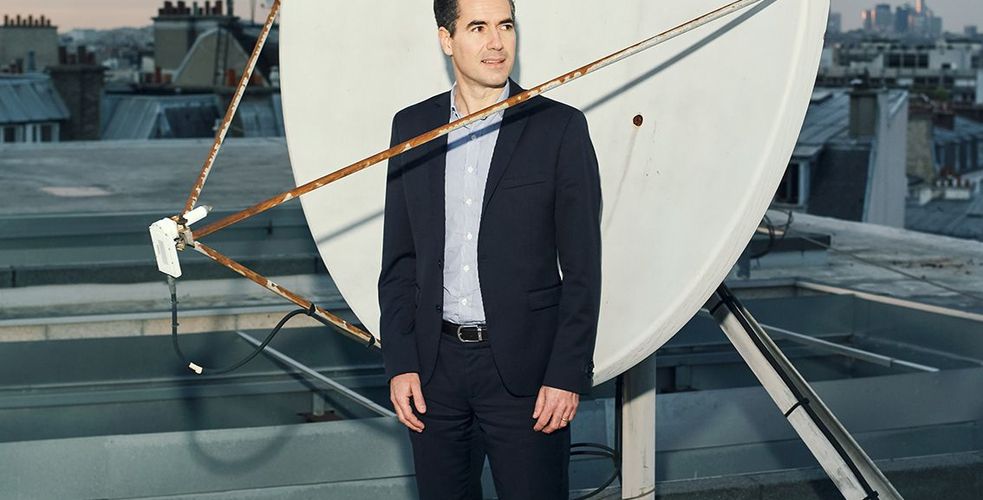 « If you ask people to sacrifice their life for the cause (as seen in the army, not at the Fnac), you cannot fake it » Julien Munch, director of the Fnac Montparnasse.

Before managing the Fnac Montparnasse, Julien Munch spent some time in the air force, as well as in the finance ministry. Experiences that are seemingly far one from another but that he actually uses today to find suitable approaches for the store’s customer services. According to him, two elements are crucial: individual involvement and the careful listening of the local clients.

Manuel Jacquinet : How do you go from being a Lieutenant-Colonel in the air force to the direction of one of the biggest Fnac of France, after a five year detour at Bercy?
Julien Munch : Perhaps the connecting thread is double : to serve and be at the center of the action, on the field. After studies at Sciences-Po and Dauphine, arrived at an age where choices are needed, I wanted to serve my country and discover others. That is how I got into the air force. For 15 years, I was a commissioner in France and abroad (Côte d’Ivoire, for instance). My life was intense, on the field, and I have learned a lot about myself. I then entered the French administration, grabbing the opportunity offered by what we call, in France, the outside tour. Selected, I became Finance inspector from 2013 to 2017.

Well that is out of the ordinary, was it enlightening? What does the everyday of a Finance inspector look like?
The first missions are on the field as well, then you work on very diverse subjects for which you must file a report. In this way, I have worked on the economic attractiveness of France, on pesticides or on the commercial devitalization seen in the downtown of medium-sized agglomerations.

Fascinating subjects. What about these reports? What happens with them?
How high they end up depends on your capacity, your willingness to carry them on, but as well on their level of emergency, on the political time.

And here you are, director of a major Fnac. What happened? A report incorrectly filed or just a restless characteristic?
Not at all, after five years in the finance, I wanted to come back on the field, in the action. I think retail is life. Moreover, it is a combination of three interesting subjects: commerce, team management, and the importance of relational aspects. I thus went knocking on the Fnac’s door. Profiles that are different actually interest them, which is why they selected me after a selection process that I found very professional. It ended by and assessment center session (a test that can last up to two days). And that is how I took office here in August 2017.

Were you surprised by anything?
Mostly, the strong attachment the staff and the executives feel for the brand and the shop, which has a history since it housed the Fnac’s headquarters and the founder’s office (André Essel, whose desk can be seen on the picture)

What have you done since your arrival? Can things in the customer experience field be changed over such a short time?
I do think so, especially when economic objectives are involved as well. First thing I did was asking the staff what could be done to improve the shop, the way it works. I took notes and out of these emerged projects which seemed a priority. We have worked on something that can provide a unique experience to our customer while in the shop. So for instance, when visiting the Shop in shop Darty section (small household appliances), the customer can discover local products and meet their peers. We are lucky enough to have one of the oldest delicatessen boutique just nearby and a Greek chef: we now hold events here with them, like tastings.
Simultaneously, I have asked every department director, every team, what could be changed, for they are the ones in the true, the ones meeting the customers on a daily basis. Of this, came up two « missions »: enhancing the lighting of some alleys and a new layout for the gaming department.

Listening and taking into account the words of the collaborators is thus vital?
Yes, but also, and mostly, to be committed to changing things, even if it means being yourself involved, both personally and physically. In management, you simply cannot demand changes without implicating yourself, without being yourself part of the action.
There is also a new training in customer relationship that has been set up, and that is being taught right now.

We hear a lot about personalization. Is it the new « motto »?
Knowing the local clientele, and being able to adapt to it, is indeed a key element. For example, we have a lot of two-wheeled customers, so we have equipped our store with spaces and material where the bikers can drop their helmets off. Soon, the customers will also be able to charge their phones while they shop.

I came to an evening for members only and I was surprised by the kindness and availability of all the persons I met. Where does that come from?
From what I was saying earlier, I think. Just as in the army, if you ask people to sacrifice their life for the cause (as in the army, not at the Fnac), you cannot fake it.

Are there other elements that contribute to customer experience and on which one must remain or become vigilant?
Facilitating the life of our customers is essential. How? By figuring out the services they need and eliminating the pain points they meet. Let’s not forget an element that is often forgotten until things stop working correctly: the support functions. Take the escalator: no one thinks about it, however, when it stops functioning, the entire shop is disrupted.

With all the involvement required, is a normal life still possible?
The way I see it, it is a three-legged stool: family life, professional life, and your own hobbies and secret garden.