After the sausage, the Morteau baguette 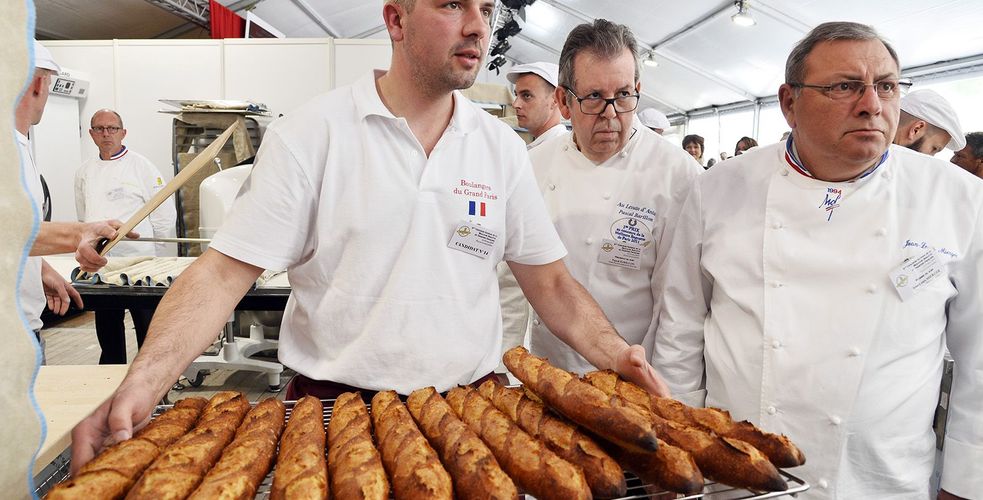 Show us what you got !

The competition for the best baguette allowed Mehdi Corgey, a baker in Morteau, to be celebrated by his peers yesterday after an incredible final. Mehdi Corgey will not be at Vivatech, the high mass conference that opens today in Paris. We will talk a lot about customer experience.

Good products, cashiers and attention, a recipe forgotten by some?

Make good products, with love and attention, sell them in shops where the customer is greeted by people … is it not the disruptive recipe forgotten by the leaders of Auchan, Carrefour and so many others for a long time now?
In an article published on May 15 in the business press (Les Echos), the president of Système U, Dominique Schelcher, rightly recalls that this is not the apocalypse of mass retailers in France that we are witnessing, but perhaps the weaknesses of the integrated groups: “Concerned by their international expansion in the 2000s, they partly neglected the necessary reinvestment in their French stores, to modernize them and improve the customer experience”. He goes on to say that the independent group model is “the operation of the store by a proprietor. Leclerc, Intermarché, System U continued to grow over the same period.”

If the LVMH group, also very present at Vivatech, is doing so well, it is perhaps that the quality design, the shop layout or a Loewe bag are still things that interest teams taken by Bernard Arnault, like many other traders or entrepreneurs, from Morteau to Gonidec.
For the purposes of a survey on retail execution, I have visited many shops or factories in France in recent weeks.
I went into shops where the advisor speaks loudly about her hours and her breaks while you wait (Orange), some where the product touted in the advertising campaign is not in stock, but also to others where you are served quickly and with a smile (Burger King), to where workers fillet and package sardines into tins, fished in France and therefore very tasty (Conserverie Gonidec).

I saw that in La Baule, concessions on the beaches (Veolia) are going cashless and using French providers (Payintech).
At Loewe, I even traced the customer footsteps. One who calls, who comes back because he doubts the product or his wife wants to change the bag color, etc etc. I did not see, in the shop in question, any smiles disappear or be feigned, nor sellers busier looking at their smartphone than to assist the customer, even if they are demanding. A rare sight in many shops today.
Finally, I called and called (always for these tests!) La Redoute hot-line to understand when my package would arrive to this mountain village, so poorly serviced that it tests the sutures of the supply-chain system. In the contact centre, the remote advisor kept her calm and was able, thanks to an effective CRM, to inform me at once and to provide hope (that it is possible to obtain a complete and effective answer in one go)

What did I learn, hear, find? What can I say to those of you who may not go to Vivatech because you have not been endowed with the gift of ubiquity? (Elon Musk is thinking of an application of ubiquity in the cloud, in Saas mode)?
I learned that there is no need to be afraid of the platforms, the digital age or all the dragons that frighten us, and who according to the poets, are inside us (Rilke) (the dragons of our life): In Chambéry, at the hospital, I was operated on whilst listening to Bruce Springsteen, this was a positive in the test on the patient experience (link article). At Morteau, Mehdi makes good baguettes, very good baguettes, and his Union takes the trouble to organize these competitions that are independent and serious. In Cannes tonight, Ken Loach will certainly awaken the spirits on the importance of dealing with deliverymen, those workers in the supply chain who participate greatly in the customer experience, without always being considered. As far as I know, Ken Loach finances and distributes his films with long-standing French partners.
Cannes, Morteau, Concarneau, Chambéry, it is with us, in France.

Show us what you got!*

The 2nd edition of the NDG Sessions will be held in June, at the shrine of our Lady of Grace.
Like the past year, we will talk about the economy and the benefits of attention.
Two videos of Brother Samuel Rouvillois.

*”Show us what you got” is the catchphrase of the initiative organized by LVMH to identify companies that are likely -according to the French group-  “Crafting the customer experience of tomorrow”.